So I may have mentioned that January was  a month consumed by work.  I did, however, manage to complete the first month of my New Year’s Resolution.  My first stop on what I have affectionately coined my “dude lit” trip was Stephen Crane’s The Red Badge of Courage. 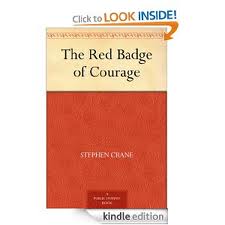 Download it for free on your Kindle, or pick it up at your local library.  This was a quick read.  This famous Civil War classic is about a boy named Henry who, overcome by patriotism and fervor, enlists to fight for the Union in the bloody, prolonged war between the states.

The long and short of it? Henry’s internal battle with cowardice proves to be as dangerous as the real-world battle raging around him.  I’m no spoiler, so I’ll skip straight to my take on this classic.  It wasn’t for me.  I was glad to turn the final page.

I just kept thinking to myself.  “Buck up, Henry.  Get on with it.  What are you doing?  Stupid!” kind of in a recurring round.  I lost patience with Henry.  Could it be that I’m just short on patience in general as of late?  Sure.  Should I some day discipline myself to re-read this classic?  Maybe.  Will I? Nope.

What was good about the book?  Crane’s prose bordered on poetry. Some of his description-specifically of the natural world providing the stage for his wartime drama, was beautiful and placed you at the scene in a most effective and gratifying way.

Not surprising that Crane was heralded as one of America’s “earliest examples of Realism and Naturalism.”  If I had read that statement prior to reading the book, I would have been better prepared.  I hate that period of literature (no offense to all the good people who enjoy it).  No wonder I had hallucinatory flashbacks to Sister Carrie and my 400-level Realism and Naturalism literature class.  Yuck, I say! Not for me.

I’ve read several reviews of the tale where the reviewers cited how remarkable it was that, having never fought in war, Crane was able to capture the emotion, and ultimately, the changes wrought by  battle.  When I read that he hadn’t experienced battle, however, I was relieved to hear it.  The narrative hadn’t registered as realistic to me. (not that I would know) It just seemed to validate my overall impression of the book to find that Crane hadn’t lived the experience first hand.

Criticism aside, however.  Crane was a hottie, and his biography was actually more interesting to me than his book.  A contemporary of Joseph Conrad and H.G. Wells, he worked as a war correspondent, kept company with known prostitutes, and died of tuberculosis in and German sanitorium at 28. Kind of looks like a young Tom Selleck there, doesn’t he?

Sorry-be patient with me.  I am trying to expand my tastes and experiences.  I think I may go read Persuasion again, though,  to blot out the  poignancy of Henry’s story.  Let’s just call it a palate cleanser-kind of a literary sorbet, if you will.

Have a wonderful week! I’d love to hear what you’re reading.

View all posts by Amy

6 thoughts on “The Red Badge of Courage”

Such the Like...a repository of ephemera, crafty and diverse. My name is Amy and I'm so pleased you stopped by! 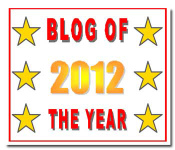 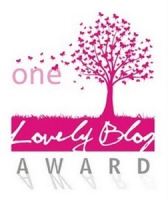